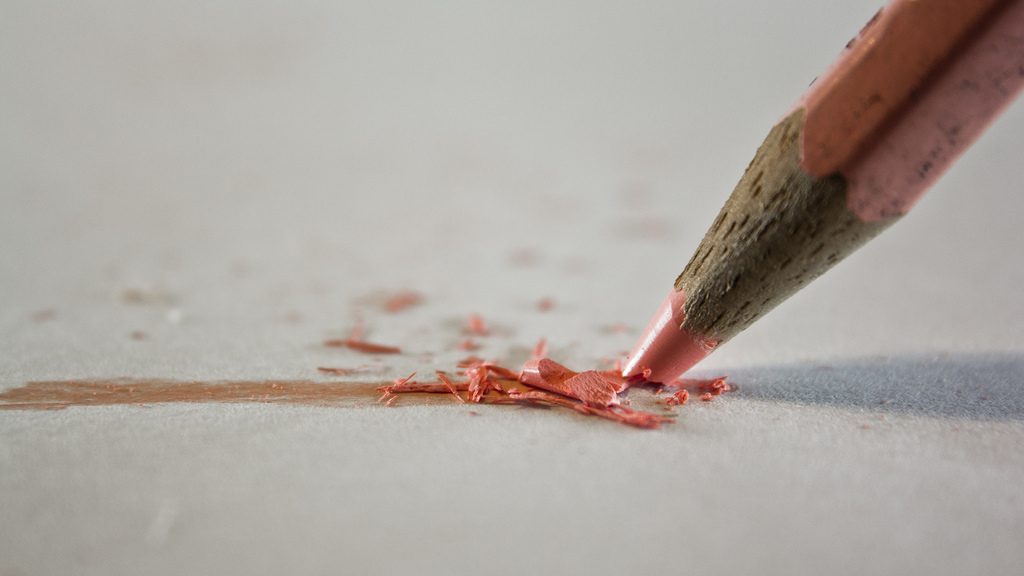 Coming from an Indigenous Perspective, and my own perspective (not ALL Indigenous perspectives), I have always struggled with the entire concept of judging another individual’s progress, or the worth of their learning.  Whenever I am grading papers or designing tests, I look for opportunities to push past asking students to “regurgitate” what I have said in lecture, or the examples that I have provided. I want them to explore their own context.  I am constantly “checking myself” and exploring why, how, and when. So I placed it upon myself to find out when and where the resistance that I was experiencing within myself began.

So here’s my story….

It was a privilege to grow up in a home with my grandparents who, although they grew up in some of the darkest times of Canadian history for Indigenous People, were also very encouraging and inspiring in their resilience.  I loved and craved Indigenous Knowledge from as far back as I can remember. I was a sponge. I would sit around the corner in the evenings when I was supposed to be in bed, and listen to my grandparents retell stories, support each other through tough times, and slip in words and phrases in the Language (Anishnaabemowin or Lenne Lenape). So, when I became a young adult, every opportunity to listen to Elders and Knowledge Keepers was a magnet to me. I continued to crave it.

As it turns out, an amazing opportunity presented itself. I was working at a new job that had brought in an Elder to offer us Teachings.  This Elder, fondly referred to as “The Old Man”, was the rock star of the Traditional Indigenous Community. People from all over Turtle Island would travel to see and hear him recount his life and the Traditional Teachings, Teachings that were literally illegal to speak in the not-so-distant past. I was pumped. I bought a new journal to record this opportunity. I brought extra writing utensils, and I arrived early so that I could sit at the front of the room.

When “The Old Man” came into the room, I prepared myself. When he started speaking, I hunkered down and scribed every word. Suddenly, I noticed that it got really quiet. I was thankful though at first…. I had already fallen behind and needed the extra time to catch up.  The silence stretched on. I added the final period to my sentence and prepared for the next nugget of valuable information. I slowly felt a presence beside me. I am not sure if it was his shadow, or that the silence had increasingly grown heavier. I turned and looked. “The Old Man” was standing over me, and not looking pleased at all.  I was devastated. What had I done?

“The Old Man” began speaking slowly and deeply, enunciating every syllable, his interpreter right beside him, adding to the humiliation. At this point, I don’t think anyone in the room needed his words interpreted. The Old Man was so dedicated to keeping the original format of his Teachings that he only spoke Anishnaabemowin. By speaking only Anishnaabemowin, he was able to emphasize the importance of seeking out the knowledge and working for it, but also inspired every single one of us to learn to speak our original tongue.

He relayed to me that by transferring his words to paper and pen, I was transferring the responsibility of keeping that wisdom to those pages themselves. He asked me what would happen if I lost the book, or if my pens ran out of ink? Would I create an excuse for not knowing what I so intently recorded onto the blank pages, or what he said? He also asked me how the paper and pen were going to capture the feeling of his words, the expressions on his face and in his body when he spoke them. He also wanted to know what I was going to do with the written words. Was I going to share them? If I were to share them, they should be my words, not his regurgitated ones, and that by retelling them I could reanimate them with my experience.  But if I were to take from the written page, they would be hollow and without spirit.

I did not know what to do. I could feel my face getting crimson and rising in temperature. I wanted to crawl under the table, or run out of the room.  I swallowed my pride, apologized, and hung in there. All focus and ability to absorb what was being said for the rest of the afternoon was gone. I just wanted to make it through the day and go home. When the day was finally over, I quickly made my way to the door. I was just about through when I heard someone call me by my Traditional name. I stopped and turned around. It was the Old Man. I didn’t even know he heard me at the beginning, when I proudly introduced myself traditionally in Anishnaabemowin.

“What did you learn today and how are you going to use it?”  (In English)

I looked at him like a deer in the headlights, I am sure. I wanted to say something smart, something acceptable, and yes, something that would get me out of the door as quickly as possible. I couldn’t get the words past the lump in my throat. I was sure that if I attempted to say anything, a flood of tears would precede any words. He thoughtfully placed a hand on my shoulder.

At the time, I just nodded my head, and hoped he didn’t see my chin shaking. I made my way to the door and went home.

Over the years, I have had many opportunities to repeat his words, always with love and kindness. Whether it was to one of my students, to my son, or to one of the many young people that have found their way into my life and are feeling bad because they are comparing themselves to someone else, or maybe were trying to reach the top of an unattainable goal. I’ve even said them to myself.

We all learn, hear, and experience what we need to at any given moment.  What’s really important is that we can always identify “What we learned, and how we are going to use it.”